The Center of Gravity migrates. Sometimes the Center is outside your body.

The Center of the Body is (not) where you think it is.
Webbing, tubes, bags, braces and slippery half fused suits… interconnectedness, gravity and hydraulics… biological alignment is different than a straight line.
Moderation allows infinite choices for accent acceleration and vector, rather than restricting them. Asymmetry, the reason for twisting arcs and spirals, is the rule in the human body-plan and locomotive paradigm, but asymmetry can become symmetrical through repetition. Asymmetry can become symmetry when it is reflective, chronological, reverse and through simultaneous, alternating bi-lateral action.

Let me show you what I mean…
see you soon!
Frey

This workshop is offered in the frame of UNDO, a new creation by VEDANZA at Théâtre National du Luxembourg in which Frey Faust is performing.

Payment details:
To book your place in this workshop, please send us an email at info@vedanza.org mentioning which day/days you’d like to join, and make a payment in advance by bank transfer.

Thank you for making bank transfers to: 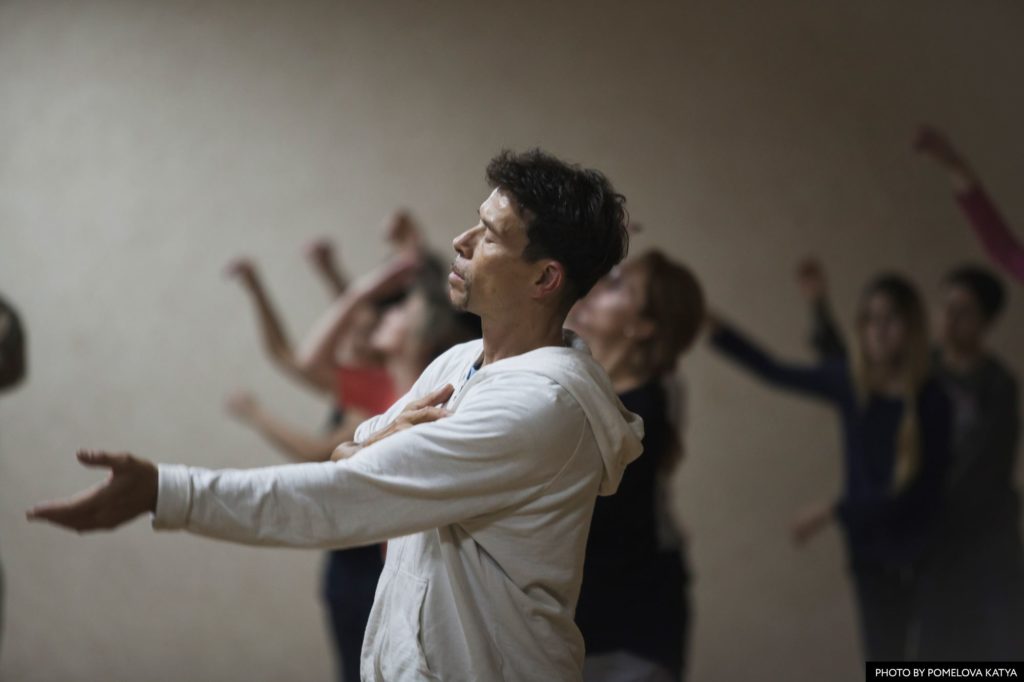 Born in 1960, Frey Faust began performing at the age of 8 with his family as a traveling troubadour. He is a second generation contact improviser and an alumnus of the 80´s New York dance scene. Some of his more important early influences came from: Shekhinah Mountainwater, Nita Little, Pavel Rouba, Rene Bazinet, and Janet Panetta. He has worked with and for a number of artists (order of appearance): Ohad Naharin, Donald Byrd, David Parsons, Gina Buntz, Howard Katz, Merce Cunningham, Meredith Monk, Randy Warshaw, Bob Een, Stephen Petronio, Danny Ezralow… to name a few. He founded or co-founded three dance companies, and has created or co-created over 40 choreographic solo and group works. Following an independent study of anatomy, biomechanics, and physics, he has been able to build a pedagogical approach that has made him a sought after teacher, personal coach and technical counselor. After fifteen years of research, he consolidated his findings in a book, ‘The Axis Syllabus – human movement lexicon’, which he continues to edit with the help of the Axis Syllabus International Research Community. Founded in 2009, the ASIRC is a rapidly expanding group of experts from many related fields in the human movement and education sciences. Recently, his work on the AS has been focused into the construction of a symbol set with the potential to streamline movement documentation and analysis. He also makes shoes, speaks 4 languages, continues to create and perform dances.