Movement of becoming, Butoh based dance workshop by Yuko Kominami on 25-26 Nov!

Home/archive, education/Movement of becoming, Butoh based dance workshop by Yuko Kominami on 25-26 Nov!
Previous Next

Movement of becoming, Butoh based dance workshop by Yuko Kominami on 25-26 Nov!

Butoh is a dance which has its roots in the new dance movement of the late 1950s in Japan. The funders are Tatsumi Hijikata and Kazuo Ono. One of the characteristic of the practice can be said that it deals with metamorphosis – becoming something else – through challenging the notion of fixed and unchanging subject and making appear an intense way of existing, the state between something and something else. This becoming is not about representing or interpreting something else, but try to really become, which is a physical sensation rather than realizing an idea.

Each weekend workshop focuses on one basic material (e.g. Flower, Water, Wind, Soil, Bird, etc.) in order to take time to prepare the body and mind to really experience the sensation, going through different exercises in order to realize movement of becoming.

This chapter one focuses on Soil and is open to everyone who is interested in the subject.

Payment details:
To book your place in this workshop, please send us an email mentioning which day/days you’d like to join, and make a payment in advance by bank transfer before the 15th November 2017.

Thank you for making bank transfers to: 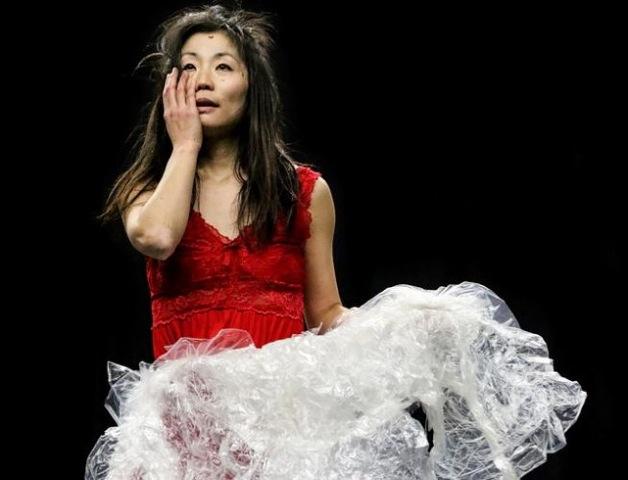 Born in 1973, Japan. She studied butoh and dance in Tokyo. After finishing her BA in Japanese history at Waseda University, she did a Professional Diploma in Community Dance Studies and an Independent Study Programme at Laban Centre London from 1998 to 2000. She obtained her MA in Dance Cultures, Histories and Practices from the University of Surrey with distinction in 2006. She has been working as an independent dance and performance artist. She has collaborated with other dancers, choreographers, artists, musicians and theatre directors of various landscapes. She has performed her work in prominent festivals such as Festival June Events – Atelier de Paris Carolyn Carlson, Les Repérages Danse à Lille, Festivalul International de Teatru de la Sibiu, Bodyradical in Budapest, Odisha Biennale in India and so on. She has also worked and performed in countries around the world – including Luxembourg, France, Germany, Belgium, Spain, Portugal, Italy, Hungary, Romania, Latvia, Finland, Turkey, U.K., Japan, China, India and Peru.