Directing Circularity – From the Personal to the Collective Unity

The first part of the workshop proposes a dynamic collective warm up drawing from sports science techniques that focus on co-ordination, agility and stamina that refine all-around availability for a multitude of movement potentials. Progressively elements from techniques such as Cunningham and Release will be introduced to consider the function of the spine as a circular tool that can provide efficiency, circular direction in space and a wider range of risk taking motion. During the second part of the workshop the theme of circularity as movement potential will be considered, developed and channeled through task based improvisations alone and within a group.

The proposed framework for strengthening and discovering the body will evolve throughout the workshop week in a playful and creative environment that allow modes/habits of movement to give way to mental and physical availability/curiosity.

Observations and proposals in the course of the workshop period will accompany and encourage constructive feedback sessions. The workshop would end with an informal open sharing welcoming outside feelings and viewpoints.

Rhiannon Morgan will perform in the LIVE ROOM series n.24 on Saturday the 27th April at 20h30. Workshop participants are welcome to attend the evening performance for a reduced fee of 5€.

To register, please, send an email to info@vedanza.org and pay the registration fee mentioning “your name + Directing circularity workshop” to
VEDANZA Asbl
IBAN: LU07 0023 1840 7202 8200
BIC: BILLLULL
For more information please contact us at info@vedanza.org
Thank you for spreading the word! 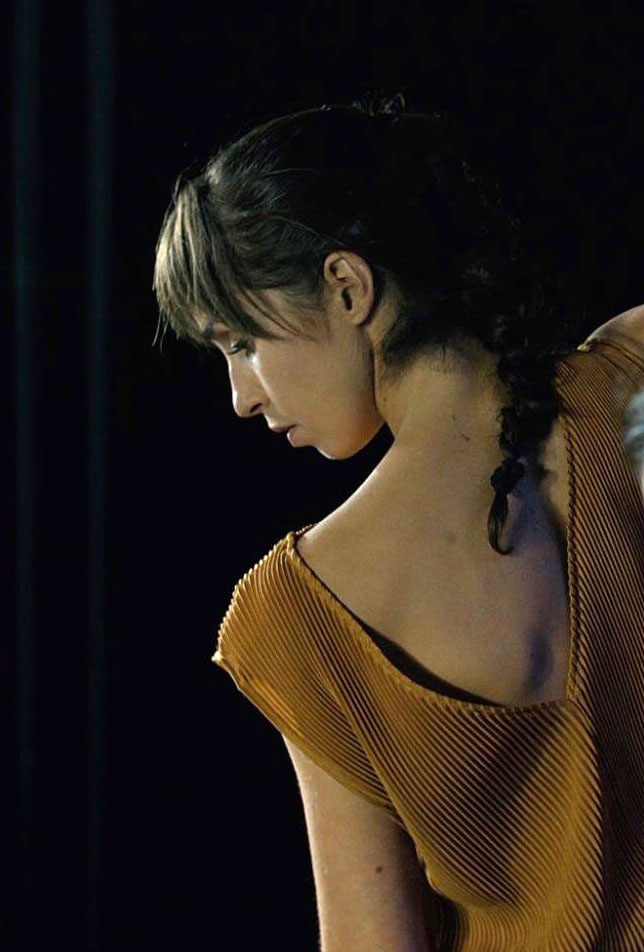 Choreographic works include collaborations with Impermanence Dance Theatre, Die Wolke Art Group and Push Your Art Company. For the past two years and for her new creation “AdH(A)rA”, Morgan is an associated artist and supported by the Trois C L, National Choreographic Centre of Luxembourg, as well as being part of the Grand Luxe Network, a European network of six dance institutions.

Along professional engagements, she has been developing and sharing her teaching methodology “Directing Circularity” with amateurs, vocational dance schools as well as with professional dancers in Luxembourg, Belgium, Greece and Finland.